The Jeep Wrangler finally gets a monstrous diesel engine that is good to let out a stupendous 442lb-ft! We explain why the 2020 Jeep Wrangler EcoDiesel is gonna be a show stopper among off-road junkies!

The reason why I love G350 over the Mercedes Benz G63AMG is that I strongly believe in torque when it comes to offroading. The like-minded offroad enthusiasts have always wanted a Wrangler in diesel guise badly. Well, Jeep heard us and here it is. The 2020 Jeep Wrangler Ecodiesel… Tadaa!

So why a diesel over the regular petrol Wranglers?

“The Jeep Wrangler Ecodiesel is going to deliver the best fuel efficiency and also the best driving range on one tank of fuel of any Jeep Wranglers ever. Period” said Brandon Girmus, Jeep’s brand manager.

Diesel is relatively cheaper, more miles per gallon (put aside the smiles per gallon for the time being) aaand the low-end torque for the rock crawls (Jeeps are made for that).

The diesel engine on offer is the same that we’ve seen in the Ram1500 truck, but in its third generation. Since the Wrangler is built for rock climbing and water wadings the 3.0L turbo-diesel has undergone a complete restructuring, starting off by raising the oil sump’s location from the bottom of the engine, says Mauro Puglia, Fiat Chrysler’s North American senior manager for diesel engines.

It is also equipped with a 5.1gallon diesel exhaust fluid(DEF) tank. Diesel vehicles use the fluid for the selective catalytic reduction emission-reducing system. (Volkswagen, take note!).

The engine will put out a decent power of 260hp and a monstrous torque of 442lb-ft. All those holy power and torque are sent to all four wheels via an eight-speed automatic box.

The EPA has not published the official fuel economy numbers just yet. Still, Jeep’s North American head Jim Morrison says to expect well over 500miles with the Wrangler’s 18.3gallon tank, as well as a 7 to 8mpg gain over the 3.6L petrol V6’s 22mpg. So the deal is around 29 to 30mpg, plus lesser stops at the gas stations. Also looking at the fuel prices now, diesel is about 10% cheaper than the petrol which makes for a great value when it comes to long term ownership.

The Ecodiesel option is only available in 4-door Unlimited’s Sport, Sahara and Rubicon trims and prices starting at $39,290 for Sport. So what do you think? Is the  2020 Jeep Wrangler Ecodiesel a justifiable option at around $4000 extra over the 3.6L gas V6 guise? 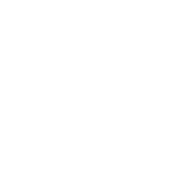 2020 Kia Optima Unveiled, One EPIC Fastback To Wait For ! [Explained!]