The Audi E Tron is the first all-electric SUV from the German auto giant.

Audi had officially kick-started their next-generation all-electric game last year with the global premiere of the all-new Audi E Tron all-electric SUV. A special ‘ Edition One’ variant of the car was later launched in the global markets in the Q2 of 2019. The Edition One goes on sale for USD $ 86,700, while the base version bears a price tag of USD $74,800. Both these pricings seem to be fair for a car of this kind.

As part of the Audi E Tron 2019 market debut, the car had recently been tested for safety standards by Euro NCAP, and the results were mind-blowing. The SUV secured a magnificent 5-star safety rating in the Euro NCAP crash test. The variant being tested was the Euro Spec 55 Quattro. The most interesting part here is that this top safety rating would apply to both the Left-hand drive and right-hand drive cars alike!

The Audi E Tron SUV managed to score 34.9 points out of 38 for adult occupancy, which is an eye-popping 91%! A 41.7 out of 49 would mean a sumptuous 85% safety for child occupants, and there is a 71% pedestrian safety on offer as well, as the car had scored 34.4/48 in this. The E Tron sees no absence of abundance of safety assist systems onboard, and this has translated into 10/13 points (76%) on this front as well. Well, that is indeed a massive goosebumps moment for EV enthusiasts worldwide. 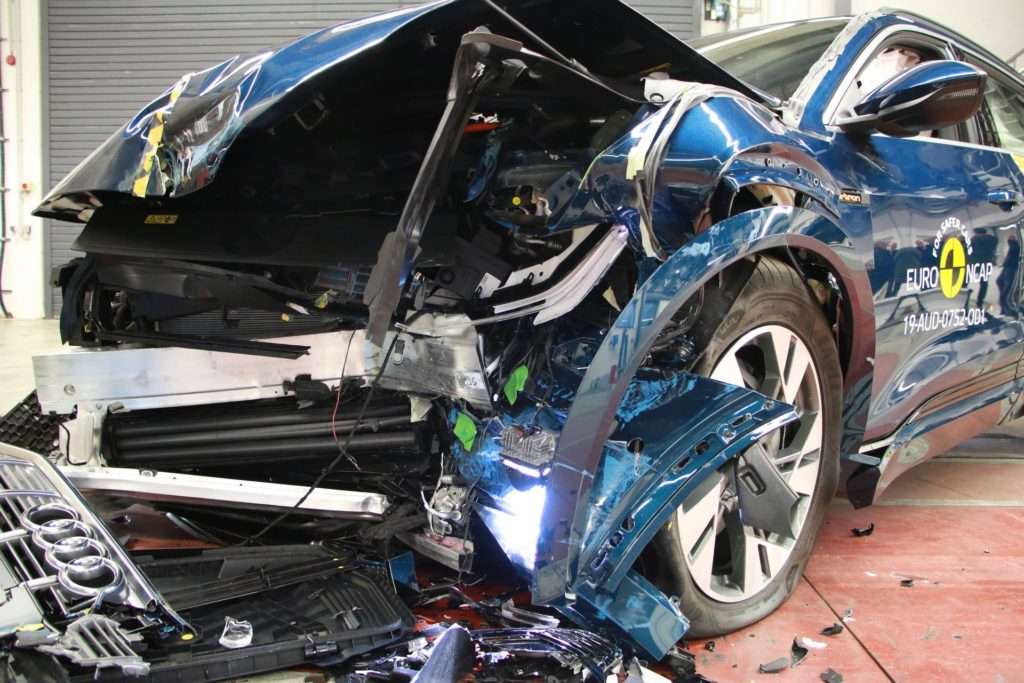 Euro NCAP authorities have commented thus on the results: “The passenger compartment of the e-tron remained stable in the frontal offset test. Dummy readings indicated good protection of the knees and femurs of both the driver and passenger.

However, in the more severe side pole test, dummy readings of rib compression indicated weak protection for the chest, with good protection of other critical body areas. Tests on the front seats and head restraints demonstrated good protection against whiplash injuries in the event of a rear-end collision.

A geometric assessment of the rear seats also indicated good whiplash protection. The standard-fit autonomous emergency braking (AEB) system performed well in tests of its functionality at low speeds at which many whiplash injuries occur, with collisions avoided or mitigated in all scenarios.” 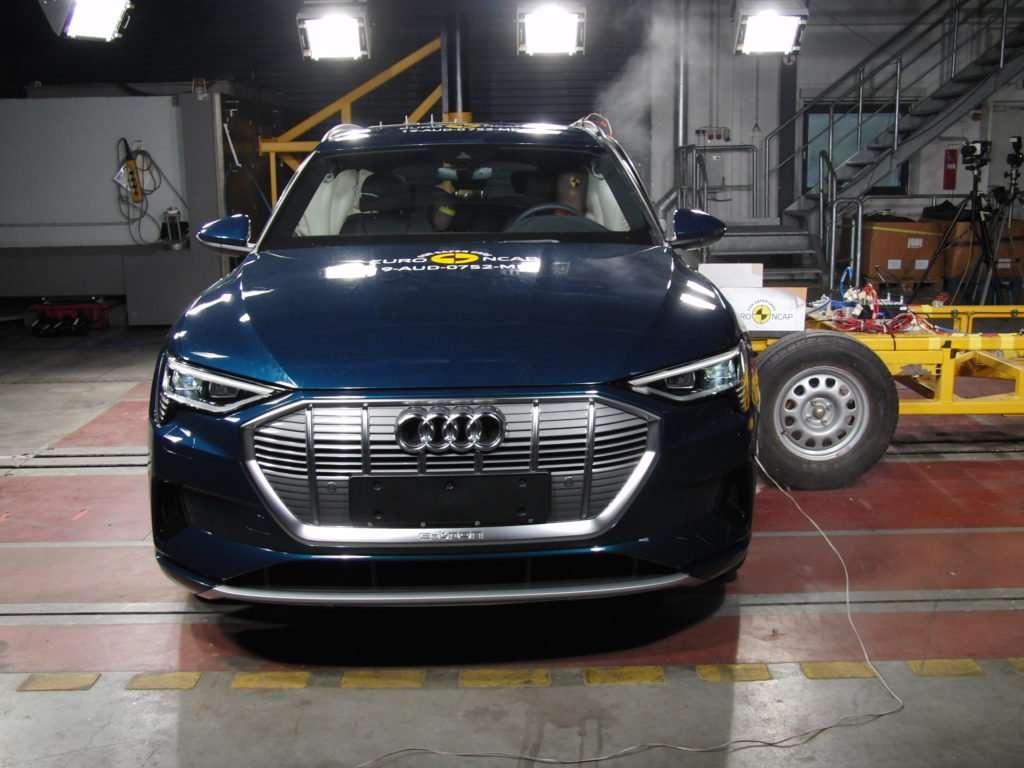 A Bit More About The Audi E Tron?

‘Talking about the Audi E Tron specs, it comes powered by a new 95 kWh battery pack architecture and has as its base, a set of 36 modules using Lithium-ion pouch cells.’ This is what we had gotten to know of the car from its premiere venue back in 2018.

Audi claims the E Tron to come with a water-cooled thermal management system surrounding each of the battery modules. This would ensure minimal loss of power and a noteworthy 150 kW charge rate.

Another outstanding feature on the Audi E Tron SUV is the integrated crash structure built into its battery pack. This would defuse energy from a collision around the battery modules. Also, the details of the actual Audi E Tron range are not out yet but the WLTP is approx. 400 km.

Impressed? Well then, watch this video of the car undergoing the Euro NCAP crash test while you get your money ready and in bags!